The HPA-axis Function and Interaction

If stressor activates, your hypothalamus releases corticotrophin-releasing hormone (CRH) which sends a message to the pituitary. When CRH binds to CRH receptors on the anterior pituitary gland, adrenocorticotropic hormone (ACTH) is released. ACTH then prompts your adrenals to make cortisol. In response to stress, cortisol will be released for several hours after encountering the stressor. Cortisol raises the sugar in your bloodstream and prepares your body for high-energy ‘fight-or-flight’ response that it is anticipating. Your adrenals also releases adrenaline which raises your heart rate and increases your blood pressure. The adrenal cortex facilitates conversion of norepinephrine to epinephrine. Together, the effects of cortisol, epinephrine, and norepinephrine engage system-wide defense mechanisms, fostering mobilization through processes such as secretion and distribution of glucose and stored energy. With prolonged exposure to stressors, your body habituates to the stressor with repeated and sustained HPA axis activation. If it remains elevated for too long, then muscle breaks down, there is a decreased inflammatory response, excess cortisol and negative health effects may occur. There are several monoamine neurotransmitters that can control the regulation of HPA-axis. These are the dopamine, serotonin and norepinephrine. 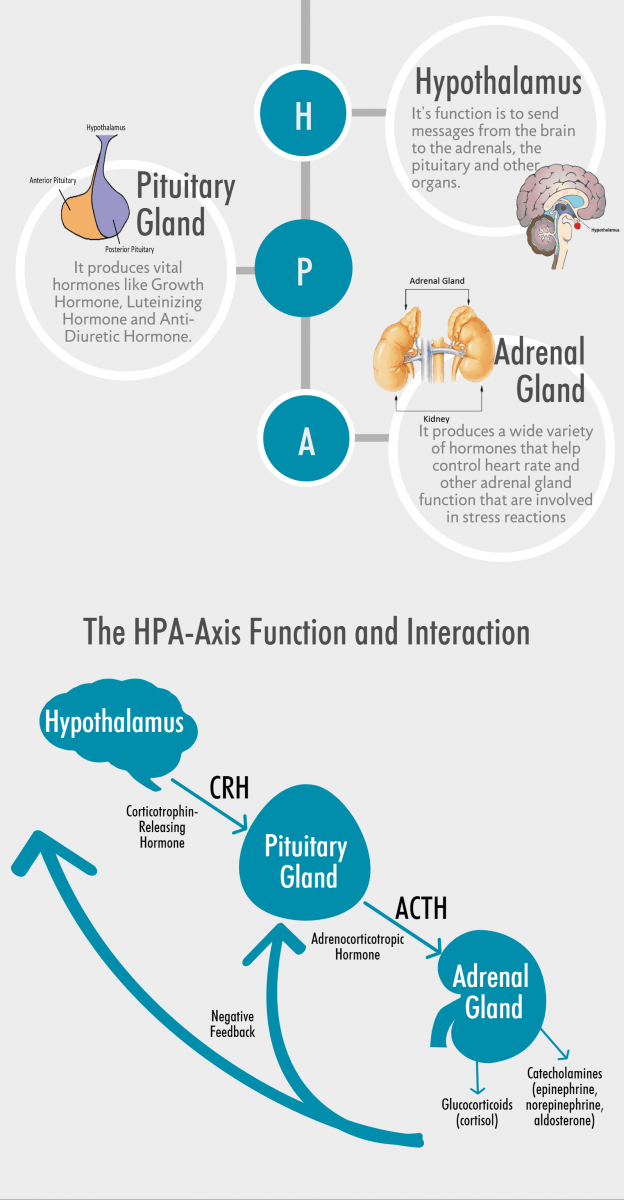